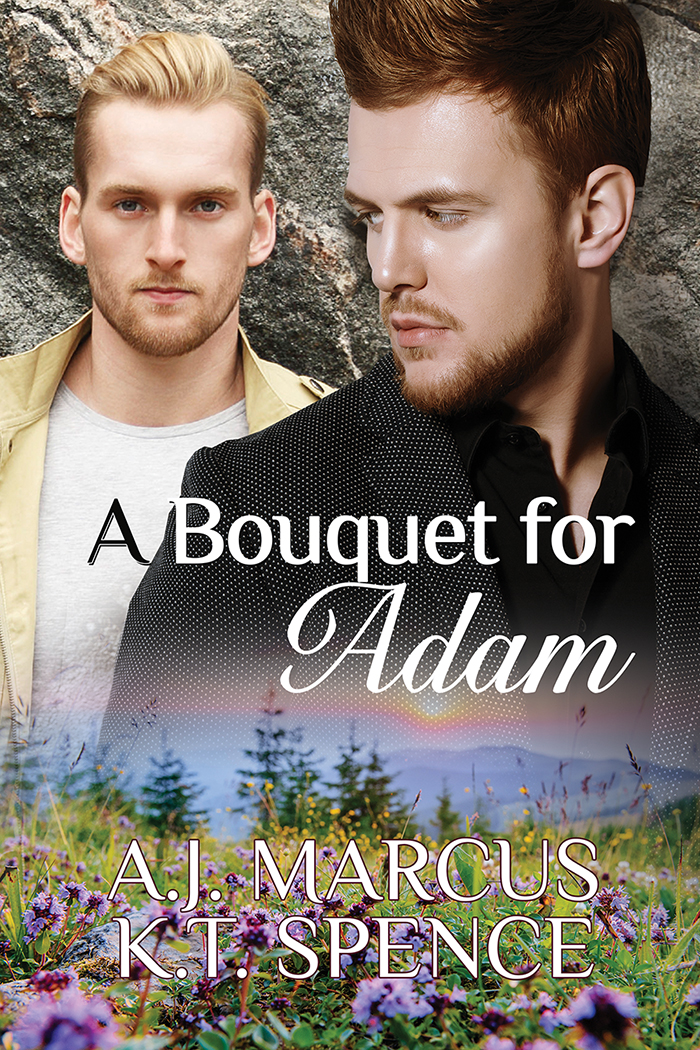 In "A Bouquet for Adam," my co-author, A. J. Marcus and I dove into the deep end when it came to writing a person with autism. For me, this had both simple and complex attributes.

My nine-year old daughter, N, was diagnosed with Autism Spectrum Disorder when she was 5. For two years prior to that, she spent time in occupational and speech therapy including hippotherapy (therapy on horseback) and a play-based therapy called Floortime.

I felt well-versed in autism. At least, enough to write this character, Adam.

However, the longer A. J. and I wrote, the more I began to question the authenticity of the character. After all, I only have a nine-year old and I was trying to expand what I knew about autism from her behaviors into a thirty-year old male.

We knew that if we didn't get the character right, the book wouldn't work. Adam had to know what he was doing -- Trent couldn't just "come on" to Adam; he had to know that Adam was gay. We wanted to completely avoid anything that would give the impression that Trent was taking advantage of Adam's innocence, yet we still wanted to show that Adam was awkward in social situations, that he was still on some type of a schedule (as in the beginning when he was driving home from work), that he was mostly dependent upon his mother (who was his rock, or, to use another apt phrase, his port in the storm).

Our beta readers included some of A.J's normal betas, but I added one more. During the time we were writing the story, I had been introduced to another writer in our local writing group who happened to not only be a psychology professor but who also happened to be autistic as well. We asked him to read the first draft with an eye towards authenticity -- did Adam sound realistic? More importantly, did Adam sound his age? His notes were invaluable to us in getting Adam to sound right.

I hope readers enjoy the book -- on top of that, I hope they learn something from it. Yes, people with autism are "different" in some ways from neurotypical people, but they're not all that different. I know that my daughter has been the greatest joy in my life and I can't imagine what she would be like without the autism. It's not something you can simply separate out and say, "Oh, that's the autism speaking." It's simply an aspect of who they are.

Now, let's give away a book! For one of the commenters below in the next week, I'll give away one book from A.J. Marcus's back list on Dreamspinner Press!

I'd love to hear any comments you might have, regarding writing, autism, or anything else you'd like to discuss.
Posted by Shooting Stars Mag at 12:00 AM

Sounds like the authors really did their best to make Adam sound realistic. I have read a few books with autistic characters, but mostly those where parents with an autistic kid. I remember one where the kid got some type of animal therapy.
And I like how they say how people with autism are different but not that different. I think with topics like this it's very important to write them right, so people who actually have autism also feel it's realistic.

I feel like mental health (developmental disorder in this case) is becoming something authors are tackling more and more -- which is about time. I definitely appreciates authors who take the time like Marcus and Spence to get the opinion of people who living with autism to make sure their book was done right.

I love how in depth the authors went in their research into autism to make a realistic character. That makes this sound like it will be a great book. Thanks for bringing this to my attention!

That sounds like it would be incredibly hard to get right! I know younger autistic people as well and can see why it would've been so hard getting that personality and character in a grown man. Thanks so much for sharing!

I can definitely see how writing an authentic autistic character would be difficult. I think it's fantastic that the authors went to such lengths to make sure that they were portraying him in a way that was both positive and realistic.

I love that the author was willing to take on such a topic. More awareness definitely needs to be spread about mental health and wellness.