I'd like to thank author Dahlia Adler for answering my questions and agreeing to be on the blog today. I'd also like you to know that Out on Good Behavior, an f/f NA novel, is out on June 14 (Just one more week! Add to Goodreads now)!

1. Your upcoming NA novel, Out on Good Behavior, features an f/f couple. You have also written a YA f/f novel, Under the Lights. Did these characters come to you within these relationships, or did you set out to write about two females falling in love?

Very different answers for those two books, actually! With Out on Good Behavior, I always knew it was going to be an f/f book. The main character, Frankie, is Pansexual, which you know from the first book in the series, and the romance is set up in the second book.

Under the Lights, however, originally had the main character Vanessa in a straight romance. They had zero chemistry, though, and I couldn't figure out why that storyline was tanking so hard. Then in a fit of frustration I said to my critique partner, "I feel like I just want to make her a lesbian," and it was a total light bulb moment; I didn't have to make her anything. In fact, when I went to revise the book to write it as f/f romance instead, I found that the only character she had any chemistry with was a waitress she meets early in the book. That scene is still in there, only instead of a random interaction, it's how she meets her future girlfriend.

Yes! Frankie (the main character in OoGB) is in all three books, and Samara, the love interest, is in two of them. There's also a major subplot in the second book featuring a gay male athlete, and two of Frankie's good friends in OoGB are a trans guy and a bi girl. And, of course, because it's supposed to be depicting real life, there are plenty of LGBT+ characters around campus, and the books are explicit about that.

Each book does stand on its own--they're companions, rather than direct sequels--but I do think it adds a lot to read the earlier books, especially because the romance gets its start in book 2.


3. Why do you think featuring LGBT+ characters in literature is important? Do you plan to just focus on f/f couples in future novels, or does it just depend on the story line?

I think it's important that books acknowledge what real life looks like, and to fail to do so sends an invalidating message to the people who never see themselves in books. But LGBT+ characters in particular, especially in kidlit, are of monumental importance to me, because there are so many kids who have these feelings they don't feel safe to talk about with friends and family; they may not know anyone in real life who feels the same way. So to make sure they know that same-sex attraction and/or gender identity issues are real and valid and that they're not the only ones experiencing them, sometimes books are going to be the best company they have until they're old enough to be free to seek out like-minded people on their own.

I definitely plan to continue writing f/f couples in future novels, but not strictly so; I have plans for m/f, f/f, and m/m romance in the near writing future.


4. What are some LGBT+ novels that you are personally a fan of and would recommend to others?

I have a lot of LGBT+ novel love, but a bunch I have to shout out: Black Iris and Cam Girl by Leah Raeder, Strong Signal by Megan Erickson and Santino Hassel, Far From You by Tess Sharpe, More Happy Than Not by Adam Silvera, Simon Vs. the Homo Sapiens Agenda by Becky Albertalli, Not Otherwise Specified by Hannah Moskowitz, Everything Leads to You by Nina LaCour, Symptoms of Being Human by Jeff Garvin, Lies We Tell Ourselves by Robin Talley, and If I Was Your Girl by Meredith Russo.


5. Finally, what is one thing that fans can do to really help an author when they release a new book?

It's so, so important to show that there's a market for these books, and nothing does that like buying or requesting from a library. Nothing can top that. (But reviewing, especially on Amazon, is pretty key too!) 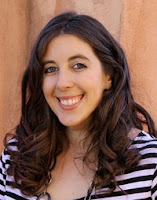 Thank you Dahlia! Don't forget to grab one of her novels, especially teh two NA novels before  Out on Good Behavior. Keep up with Dahlia at the following places:

So interesting! The fact that she was a lesbian fit the story and made everything flow better is definitely intriguing. Thanks for sharing :D

Great interview! It's important that books with LBGT character be written so LBGT people know they are not alone and have books they can relate to. And ofcourse non-LBGT people can also enjoy those books. I often prefer to read a series in order even if the books are companions as I feel it adds something to the experience to read the books in the order the author wrote them in.

I love the author's comment about "making" the character something, but that she didn't make her that way, it was the way she was supposed to be. I love hearing authors say that kind of thing. Great interview!

I really loved this interview, Lauren! Your questions were super interesting, and I loved Dahlia's answers, as well.

I hadn't known that the MC in the Radleigh series was pansexual, so now I am SUPER excited to start that series. There is such a lack of books with pan characters, so it is great to see that representation.

I haven't read a book by Dahlia Adler yet, but they are on my TBR, because they're diverse and I have heard super good things about them. I need to get a move on, obviously!