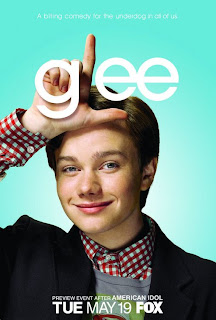 Thanks to anyone who has come over from Kristi's blog The Story Siren. She's having an amazing two weeks focused on LGBT lit. We're still planning our big coming out party, but for now, you should definitely give Kristi some props and maybe win a few fun books!

Up now is a guest post and giveaway for Catherine Ryan Hyde who happens to be a co-founder of this here blog. You know you want to give her some comment love.

Now, the other reason I'm writing this post is to congratulate Chris Colfer for winning a Teen Choice Award-

He's definitely a scene stealer. I think it's amazing that we can have a show like Glee on television where people LOVE and ROOT for a gay teen like Chris Colfer's portrayal of Kurt.

ETA: For anyone that saw the Teen Choice Awards, you know what I'm talking about...but the co-hosts were Katy Perry and the boys of Glee. Some of them talked about how in their teenage dreams Katy would be a prom queen or a cheerleader...but ever the amusing one, Chris said "in my teenage dreams, I'd be hosting alone."

Don't worry...we'll talk plenty more about Glee this coming September when Season 2 starts. For now though, what are your thoughts on the show and Chris/Kurt? Feel free to congratulate him yourself too (not that he'll see, but all good vibes are good yes?)