April might be about halfway over, but I thought I would still share a few m/m novels that I found while searching Goodreads that are all released this month. Let me know which ones sound good in the comments, and if you have any others you'd suggest, share that too! There are some m/m novels that I already have to review this month, so I didn't include those. I only chose ones that I don't currently have to read yet. Regardless, if there is any LGBT+ novel (m/m or not) that comes out in April that you want to shared, please do! 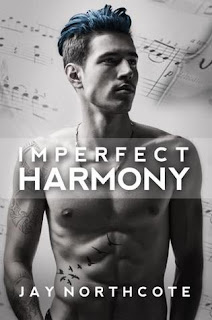 Goodreads Summary: John Fletcher, a former musician, is stuck in limbo after losing his long-term partner two years ago. He’s shut himself off from everything that reminds him of what he’s lost. When his neighbour persuades him to join the local community choir, John rediscovers his love of music and finds a reason to start living again.
Rhys Callington, the talented and charismatic choir leader, captures John’s attention from the first moment they meet. He appears to be the polar opposite of John: young, vibrant, and full of life. But Rhys has darkness in his own past that is holding him back from following his dreams.Despite the nineteen-year age gap, the two men grow close and a fragile relationship blossoms. Ghosts of the past and insecurities about the future threaten their newfound happiness. If they’re going to harmonise in life and love as they do in their music, they’ll need to start following the same score. 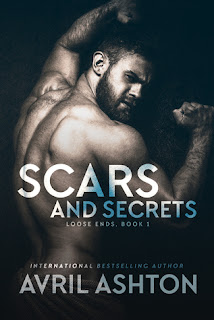 Scars and Secrets by Avril Ashton

Goodreads Summary: After an undercover assignment that changed his life forever, FBI agent Donovan Cintron is barely hanging on to sanity. His new mission is to forget, by any means necessary, so he tries his hardest. Pills. Booze. The warm bodies that never quite measure up to what he’d had. What he’d lost. It’s almost a relief when his identity is leaked, and a bounty put on his head. He’s ready for it to be over. Except he’s not the only one marked for death. So is the husband he hasn’t stopped needing all these years later. He’d been aching to die, but for Levi Nieto, Donovan will live. To protect. To regret. To remember.
The realization that everything he loved was a farce sent Levi Nieto spinning out of control, and running away from the memories. Now Donovan is back in his life, still fully entrenched in darkness. Their sexual power games are one thing, but the truth of who they are to each other remains trapped among the anger, violence and lies suffocating them. Fixing what’s broken will take more than each man exposing his scars. Secrets—and blood—must be spilled. 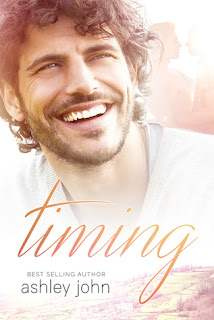 Goodreads Summary: Tom doesn’t have time for a relationship – not now that his fingers are practically touching the promotion he’s spent years chasing. His weekdays are consumed by desperately fighting for his editor’s attention and his weekends are wasted alone with meals for one and his cat for company.
All Cole has ever wanted is to work on the farm he was raised on, but money is tighter than ever and he is forced to get a job in a bar to keep a roof over him and his auntie’s heads. Time is running out for the farm but he spends his days dreaming about a future he thinks he’ll never have.After an unexpected collision at the village train station, their lives suddenly become connected when Cole clumsily spills his coffee on Tom and it sets into motion something greater. Tom is wary of listening to his heart and Cole is distracted by the threat of losing everything. Each possesses something the other desperately needs, but can they ignore bad timing to listen to their hearts?
Posted by Shooting Stars Mag at 12:00 AM

Okay I am bad, I got distracted by those handsome chaps on the covers!!

I hadn't heard of any of these titles, but I am more of YA reader than anything else!

As for April LBTQIA+ releases, the two main ones on my radar are The Raven King by Maggie Stiefvater, and Away We Go by Emily Ostrovski. I've been waiting for TRK for a LONG time, and Away We Go just looks incredibly interesting!

I hope you enjoy the titles you shared, if you do get around to reading them :D

Imperfect Harmony sounds extremely appealing to me :) I love narratives about musicians! Thanks for putting together this list, Lauren!

I have to agree with Heather, the covers are very distracting! But it's Scars and Secrets that has my attention -- thank you for the recs!

you're educating me this time around :)