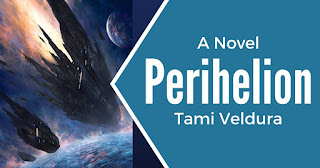 1. For those that are new to your writing, what would you suggest they read or check out first?

Hmm, well a new reader could easily start at a few different places. For contemporary fans: Stealing Serenity is a fun thief story with some light bondage and a lot of sexual tension. For genre fans: Blood In The Water is a pirates of the Caribbean style adventure story. Paranormal/historical fantasy. If a reader is low on cash, my military serial A Scorpion's Nature is uploaded to AO3 and available to read for free. It's over 70k, but it's not a complete narrative.

2. You have written a lot of LGBT+ novels. Did anything in particular lead you to write these stories? Why do you personally feel it's important to have books that feature LGBT+ characters?

I have! I moved into publishing LGBT work after discovering it by way of slash fanfiction. I'm still a huge fanfiction fan, though I rarely get the chance to read it anymore and almost never write. It was an amazing day when I realized I could publish, and get paid for, the work I already wanted to do in fandom. Until that point I thought I'd end up writing a fantasy or science fiction epic with a het romance.

I've always had a closer connection to fandom than the books I found in the bookstore. Which isn't to say the bookstore wasn't influential-- I grew up hording books and that habit has simply moved to the kindle app. But fandom and fanfiction explored tropes I never saw in the bookstore, and with characters I never saw. Fandom was probably my first exposure to political movements. I owe a lot to that community.

So when I discovered LGBT characters and my favorite fan tropes being published, it was a magical experience for me. From there I met (and continue to meet) people who've taught me so much of what being marginalized is all about. I'm still learning and discovering new aspects. Last year I started identifying as asexual. I had no idea such a thing existed before and without this community, I wouldn't have ever found it.

I think it's important to be exposed to these kinds of ideas and identities when you're young. If I'd had the word asexual in my vocabulary, if I'd had an opportunity to think about it before high school and college, I would have made some very different decisions. I never really felt out of place or confused when I was younger--but only because I've always kept mostly to myself and the judgement of my peers never came down on me very hard. That's very much not the case for so many kids (and adults!)

3. Your genres are wide ranging - going from military romance to science fiction. Have you always written in a variety of genres? Do you have a favorite to write in and/or read?

I haven't actually! Growing up I was 100% a science fiction and fantasy girl. There was nothing else in my head. The first work I published, Closer Than Touch, is a military romance, but I didn't know that was a genre at the time. I had just come off of a Gundam Wing fanfiction bender and needed to express that somehow. I considered it soft science fiction, or maybe near-future fiction, for a long time.

I followed up with Baited, a contemporary story set in a small town. The book was written initially for the M/M Romance group's writer/reader event called Don't Read In The Closet (on Goodreads). I still don't know what possessed me to claim that prompt, but Baited is probably one of the most commercial books I've written.

Fanged, an anthology of vampire shorts, followed that, and that's as much a mystery as the others, to me. I wrote almost all of Fanged in the passenger seat of a truck after work over the course of a few weeks. Vampires were the thing I felt like writing, I guess. It was my first step into Paranormal and I liked what I found there.

Next was Blood In The Water, a historical/paranormal book with some fantasy leeway. This was another Don't Read In The Closet story. I never considered myself a fan of historicals, I'd never read any, but this book was probably inevitable. My father has a sail boat, I've reenacted the Elizabethan era (the Golden age of sail) for years, and the Pirates of the Caribbean fandom was one of my first.

Military, paranormal, historical--I'd never played in these sandboxes before and a lot of my work was centered around figuring out what the hell I was doing. Spoiler alert: I still don't know. But this year is the first year I've put all my energy down behind something I feel is closer to me. Perihelion is a science fiction epic. Unlike my expectations when I was young, Perihelion doesn't have a het relationship shoehorned in. There are relationships, but they're all part of the LGBT rainbow. In a lot of ways, I feel like Perihelion is the culmination of everything that's come before it. I couldn't have written this story without the practice and experience the others gave me. I wouldn't have written such a diverse cast without first testing the waters in other books. I adore it.

I plan on spending more time in the paranormal corner of the world. Blood In The Water has a sequel in editing called Ruin and Will. I've been toying with the idea of writing a shifter omegaverse series. I'm very happy with the paths my writing has taken, even if they were unexpected.

4. What are some other LGBT+ books or authors you would recommend?

I have quite a few queer authors that are simply auto-buys for me whenever I have the $$. E.E. Ottoman, Blaine D. Arden, Jordan L. Hawk, Alexis Hall, Aleksander Voinov, L.A. Witt, K.A. Meriken. They stretch over a lot of genres but they all write in the LGBT sandbox. All of these people are amazing to me, and I have personal relationships with several of them. I'm in awe of their work and constantly trying to reach their level of excellence. 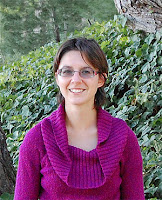 Thank you so much to Tami for answering my questions! I really appreciate it. If you would like to follow Tami and her work online, be sure to check out the following links. This Friday, Tami is releasing Perihelion and it will be 99c during release week only!

I've never been a big fanfiction reader. But I like how it seems to have launched a lot of people's writing. It is great hearing about how this author goes about writing, and the fact that her stories aren't all the same exact genre. When I think about stories, they don't always follow the same type of story as the last one I did. So it's good to know I'm not alone in that. Great interview! Thanks for sharing this with us!

I think i'll be checking Perihelion out pretty soon. it sounds interesting.