Out of Frame by Megan Erickson 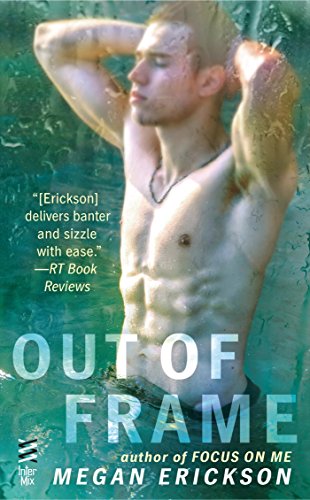 Out of Frame by Megan Erickson

Official Summary: Perpetually shy, Quinn Mathers is content to remain in the shadow of his brash best friend Jess Hartman. But before their college graduation, he and Jess have planned one last hurrah: a spring break Caribbean cruise.

And it won’t be just any cruise. On board are members of the reality show Trip League, which follows young twenty-somethings on adventures around the world. Since the show’s beginning, Quinn has been fascinated by J. R. Butler, with his amazing body, warm eyes, and killer grin. Unfortunately, he’s straight—or so the world thinks.

At nineteen, J. R. signed a contract to play straight for the show, and there’s no way to get out of it now. Yet with each passing day, Quinn and J. R. find it harder to keep their hands off each other and to keep out of the camera’s frame. But when the lens finally focuses on them, J. R. must decide if he’s willing to risk his career by admitting his bisexuality, and Quinn must determine if he's bold enough to stand in the spotlight with the man of his dreams...

Review: I absolutely love the In Focus series by Megan Erickson (the fourth was just released and I hope to read soon). Out of Frame is the third book in the series and follows Quinn Mathers and J.R. Butler, both on a cruise for spring break, but for very different reasons. Quinn is on the ship to finally enjoy college the way he wishes he could have before. Him and his best friend, Jess, will graduate in a couple months and they want to live it up beforehand. As for J.R., he's on the cruise as part of a reality TV show. He's ready for the show to end, though, as he's had to hide his true identity the whole time and he hates it. J.R. is bisexual, but everyone thinks he's a straight guy with a long time girlfriend back home. He's also known for not being the nicest guy around, but that didn't stop Quinn from crushing on him while watching the show. Once the two meet? Well, things get even more complicated...

I really loved both of these characters. I loved getting to know their personalizes and quirks. Quinn is a quiet guy who is used to planning for the worse and he's always worried about what his parents think, having made him grow up cautious. As for J.R., he's black and bisexual, and while his family is completely supportive, he has to hide his sexuality in order to be on the reality show. He does so hoping to make a career in acting, but once he meets Quinn, he finds the secrets even more suffocating than usual. He just wants to be open and honest and try and make a real relationship with Quinn work. Instead, they spend their time on the cruise sneaking around, trying to enjoy all the little moments they can away from the cameras.

Out of Frame is a great addition to this series (all of the books are companion novels, and you get to see the couples from the first two in this one!) and I can't wait to read the fourth book. I do recommend this one, as well as all of the others. Erickson creates diverse, realistic characters that are more than their sexuality, though you won't be disappointed by the sexy scenes either if you' are looking for those. Highly recommended!
Posted by Shooting Stars Mag at 12:00 AM

Glad to hear this series keeps going strong! The set-up of this one with the cruise and the reality show sounds like it will make for a fun and interesting plot. And it's great when characters come alive and you get to know their personalities and quirks.

Oh, I have only read good things about this series! I have almost bought Out of Focus so many times because a lot of people on Twitter have recommended it, and it just looks so good.

I'm so glad you're enjoying this series, Lauren! I absolutely LOVE the sound of how diverse it is (and the fact that one of the guys is bi - so rare in m/m romance!), and that you get to see the couples from the precious books in the series.

I may have to FINALLY cave and buy the first book :) Lovely review!

I love when they pull in reality tv stars in books these days. This sounds like a good read. Great review!