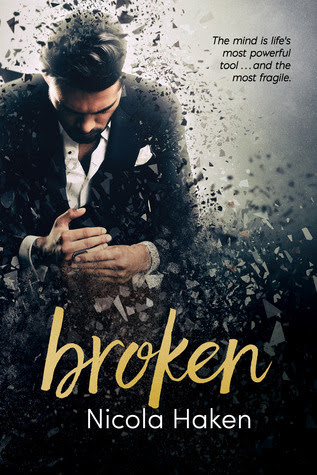 Official Summary: When Theodore Davenport decides to switch his mundane job for a career, he walks into Holden House Publishing with enthusiasm and determination to succeed. As he settles into his new role, makes new friends, and dreams of making it to the top, everything is going to plan.
Until he meets James Holden, CEO of Holden House.James Holden hasn’t been able to stop thinking about his encounter with the timid man he met in a club bathroom last week, and when he discovers the one haunting his dreams is an employee, he can’t seem to stop himself from pursuing him.Just a little fun - that’s what James tells himself. He can’t afford to care for someone who can never reciprocate, not once they find out who he really is. James believes nobody deserves the burden of being attached to him. He’s a complicated man. Damaged. Difficult. Demanding. Broken.Is Theodore strong enough to confront James’ demons? More importantly, is James?

Review: On the surface, James isn't an easy guy to like. When Theo first meets him, it's a hook up in the bathroom of a bar and they never actually speak. Theo is upset with himself. He doesn't do one-night stands. However, he's even more appalled when he realizes he slept with his new boss at Holden House and the guy's a class-A jerk. Except he's not. And eventually Theo sees that.

It starts when Theo's car breaks down at work and he can't get a hold of anyone to give him a ride. James sees him, offers him a ride, and he reluctantly accepts the offer. What he doesn't expect is James showing up in the morning to bring him too work. This routine continues until Theo's car is fixed, and Theo soon realizes he misses seeing James and slowly getting to know the actual guy behind the rough exterior.

This is a love story. It's also a story about mental health. Learning to love oneself. Learning to love others who can't always love themselves. It's a wonderful book, but it's also a difficult read. I would definitely it could be triggering if you have a history of suicide or self-harm. I just want to warn those who may be interested but think they couldn't handle the book. If you don't mind these topics, then I would definitely recommend it.

Sure, there is plenty of sex and happy times. This is a growing relationship. At the same time, Theo eventually sees the James that he didn't in the beginning. James wants to hide this because he feels he's "broken" but he's not. He has problems and issues, like anyone, and while his may be more difficult to manage, he can manage.

This is a book that definitely leaves you rooting for the characters, as well as the relationship.
Posted by Shooting Stars Mag at 12:00 AM

I absolutely love the cover of this, but I wasn't sure if I'd like it or not because sometimes the characters in m/m romance can fall a bit flat ... or BE AMAZING ... but it depends so much on the author. Will definitely be adding to my TBR now!

This sounds like an interesting story. I am not much into romance, but once in a while it works. Great review!

The cover is definitely amazing -- and the story sounds like it's good too, especially if it's tackling mental health in a good way.

It sounds like this book doesn't fall into the "love will fix you" trope, and that is wonderful. The fact that the characters can learn to love each other and still realise that there are going to be tough times now, and in the future is something that is really great to see.

I also love it when characters discover a different side to someone they had previously written off. It is a romance plot that I enjoy reading.

Broken just sounds like a good novel all 'round, and I'm glad you enjoyed it, Lauren!

This sounds like a great book with how it deals with romance, but also loving yourself and the characters sound like they have a lot of depth. Those characters who aren't easy to like at first until you get under the surface can be very interesting to read about.