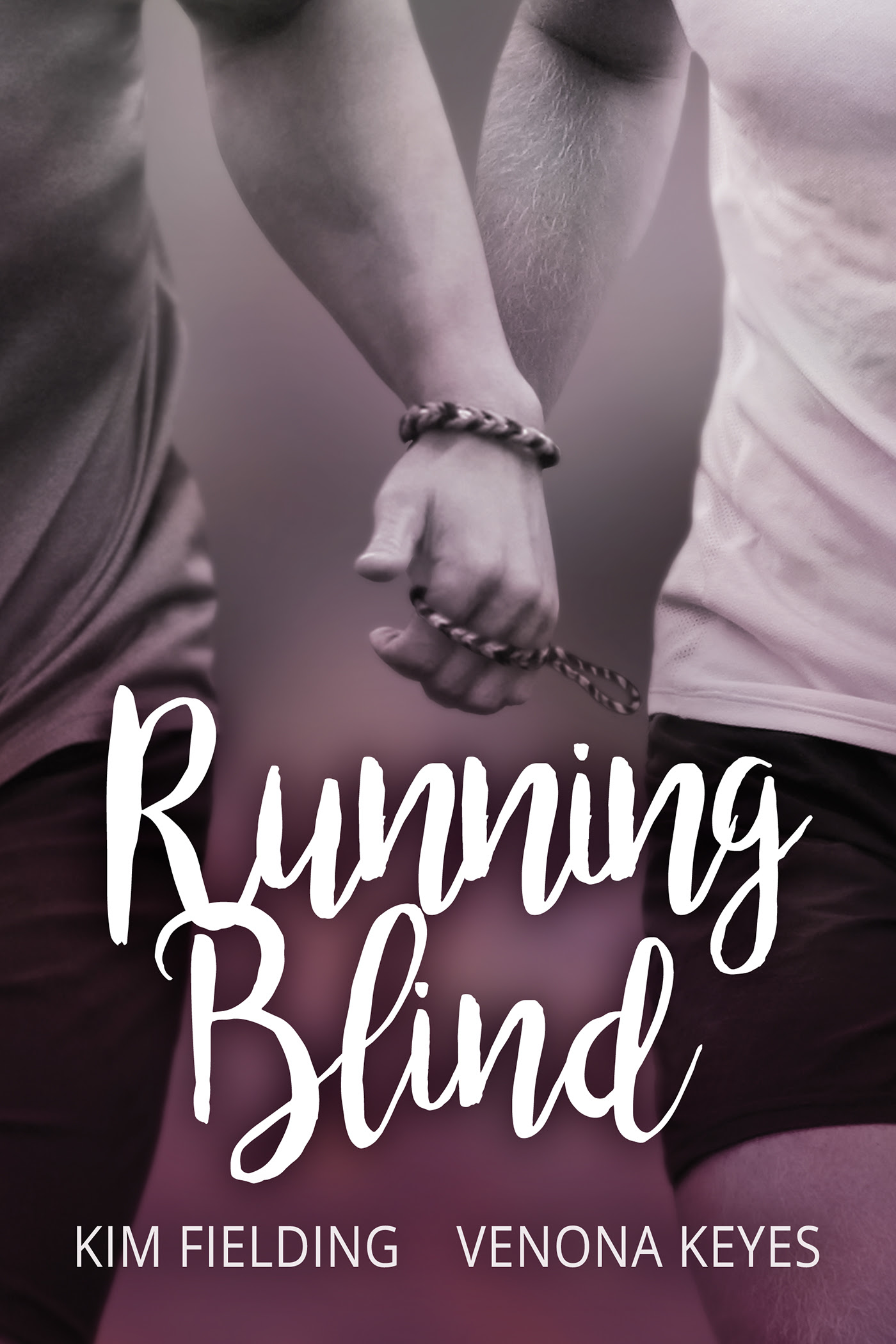 source: copy from Dreamspinner Press; all opinions are my own

Official Summary: Kyle Green is on top of the world. He and Matt have been together for ten years, and—as the voice of Ecos, the wildly popular anime character—Kyle is treated like a rock star in anime circles. But in an instant, a stroke leaves him blind. When photographer Matt gets the opportunity of a lifetime, Kyle reexamines their relationship, discovers it has been a safety net rather than a true romance, and sets Matt free to pursue his dream. Kyle’s life and career as he knew them are gone, and he must now find the courage and creativity to draft a new plan.
After being away for fifteen years, Seth Caplan comes home to Chicago to care for his mother and to partner with a small start-up tech company. He and Kyle meet after Kyle’s collision with a child’s sidewalk toy, and they hit it off. Kyle wants to get back into running, and Seth becomes his guide. As they get to know each other, they start seeing each other beyond their three-times-a-week runs. But Seth’s revelation of the dark reason why he left his career in California sends the relationship into a tailspin and leaves both men running blind.

Review: I had read a YA novel where the main character was blind, but also a really good runner, and she eventually got a running guide so she could run for her school team. When I read the summary for this book, I immediately knew I had to read it so I could read another story that featured running guides for blind runners. The basics of the story is that Kyle has a stroke and ends up blind from the result. He breaks up with his current boyfriend, Matt, so that Matt can go on and fulfill his dreams - besides the two were more brothers than lovers by that point.

It takes Kyle a bit to get used to his new life. His job is voice narration and he is famous for voicing an anime character. Without his sight, Kyle can't watch the video to sync up his voice with the animation. It's a rough blow and Kyle isn't sure what he'll do from there. Kyle eventually tries running, realizing that if he's moving, he can start to see the outline of shapes and he thinks this will be enough for him to run on his own. Unfortunately, he crashes on the sidewalk and is helped by a man named Seth.

Fast forward and Seth becomes Kyle's new running guide. The two are a good match. Seth is back in town to take care of his mom, who has Alzheimer's, so he knows how to treat Kyle with dignity and respect. As for Kyle, he does the same for Seth's mom, even if she's calling him the wrong name or getting lost in time. The two of them eventually get closer and go from friendship to relationship.

To keep from spoiling everything that happens in the book, I'll just say that this was a really good novel. I loved both guys and I think they complimented each other well, like I said above. I love reading books with disabled characters, as it's something that people should read about more. It creates empathy, and to me, it seems like the authors did a great job with their characters and their various diversities in Running Blind.
Posted by Shooting Stars Mag at 12:00 AM

This sounds like a great read and I agree with you about books with disabled characters as MC. Dispelling stereotypes and creating empathy is always a good thing. Great review!

I'm interested to know what the secret is that causes the issue for Seth. Sounds like a very well plotted story. Glad you enjoyed it!

I cannot imagine losing my sight. It's one of those things that I always try to remember to not take for granted because it would be a huge life changer. I bet this was a good read to learn how he worked through it and where these changes in his life took him. Excellent review!

I don't think I have read any books with a blind main character so far. I like the sound of how this book shows one relationship falling apart and then a new one starting. And it's interesting Kyle is a voice actor for an anime character, I don't think I've seen that in a book before. It's great these two compliment each other so well. Great review!