I can't believe that September is almost over. I'm ready, though, as I'm excited for October. It's my favorite month of the year, plus it includes Halloween which is my favorite holiday! I thought I'd share a few LGBT+ books that are coming out in October so you can prepare to purchase these when they come out!

Any other LGBT+ titles I should know about? 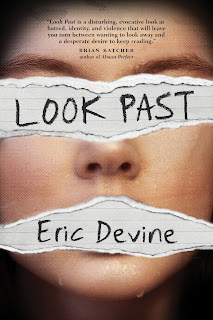 Look Past by Eric Devine

Goodreads link: Someone brutally murdered Mary Mathison, daughter of a prominent and very conservative local pastor. Whoever it was is now taunting Avery, a transgender boy, with disturbing messages, claiming that Mary’s murder was revenge for her relationship with Avery. The killer’s demands are simple and horrific: Avery must repent for changing his gender identity, or he will be the next one killed.

Can Avery deny who he is to catch Mary’s killer? Or will sacrificing himself be the ultimate betrayal?

Turn the World Upside Down by Nyrae Dawn

Goodreads link: Hunter Donovan’s temper never used to be a problem. He lived the perfect life with the perfect family before the dark truth came spilling out. Now his dad’s in prison, and after Hunter explodes at school, accidentally hitting a teacher, his mom has him committed.
Hunter doesn’t belong at Better Days. He needs to be stronger, not sent to a well-dressed loony bin. If he’d been better, less selfish, he would have realized something was going on under his own roof. No amount of psychoanalyzing and group therapy can change the past.But among the bullies, fights, and bad cafeteria food, Hunter meets a group of friends: anxiety-ridden Casey, wild and exciting Rosie, recovering bulimic Bethany, and Stray, a self-harmer who doesn’t think he belongs anywhere. Around this group of misfits, Hunter doesn’t feel so alone and angry anymore.Still, as he’s making friends and falling in love with Stray, the guilt is always there. If Hunter can’t open up and find a way to deal with what happened, he might fall victim to his mental illness—and he won’t be the only casualty. 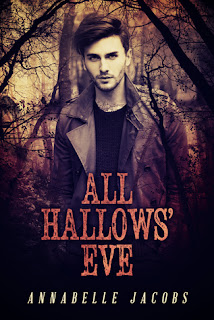 All Hallows' Eve by Annabelle Jacobs

Goodreads link: Dominic Ashworth is descended from a long line of witches, although the family practice of witchcraft died out generations ago. Forever connected to a dark history, the house he grew up in remained in the Ashworth family for generations until his estranged father sold it.
On a mission to check out the new owners, Dominic runs into Caleb Jones and gives the gorgeous man his phone number—but getting a date should be the last thing on Dominic’s agenda.Caleb and his best friend, Zach Briceworth, are oblivious to the heartache and magic tied to the foundations of their new home. When strange things start to happen, the truth emerges and surprises them both, especially as everything revolves around Caleb’s new love interest.After a shaky start, Caleb and Dominic settle into an easy relationship, falling faster than either of them expected. But with Halloween approaching, the possibility of danger increases. The past is not always as it seems, and the ripples of a tragic event threaten to put an end to everything between them.
Posted by Shooting Stars Mag at 12:00 AM

Thanks for sharing all the titles! I especially like that you have one that fits perfectly with October scary book reading.

I can't quite believe that it is almost October already! I feel like 2016 has gone by so fat :O


I only knew about Look Past from this list, so I'll definitely check out the others! I especially like the look of the one set around Halloween. I've read Christmas books at Christmastime, but I've never really gotten around to reading eerie novels around Halloween. Maybe this year will be different!

As for other LGBTQIA+ releases in October, I know of two: Last Seen Leaving by Caleb Roehrig which is a YA mystery/thriller (which I've read and really liked), and The Last Beginning which is a sequel ans last book in a YA sci-fi/time travel series :D

Oh my goodness I really can't believe it is nearly October either! I love this time of year and am looking forward to the first frost!

Thanks for sharing the new releases, I'm always on the lookout for new reads!

I hope it starts to feel like fall soon too! I always like fall and seeing all the Halloween stuff online. I can't think of any LBGT releases in October, but I hope you get the chance to read the ones you listed here :). I always enjoy reading your reviews!

There's so much sadness in these recs! Naturally, that means you're going to have to spoil me as to whether they have happy endings. Nods.