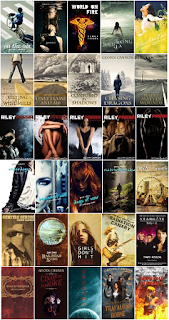 I'd like to welcome author Geonn Cannon to the blog today! He was kind enough to answer the following questions for me, so please read on and leave your thoughts!


1. Since 2007, you have begun writing professionally, which is often an author's ultimate dream. What made this the right time for you to do this?

It wasn't my decision, actually. I had been writing and submitting original stories for a while before that, but nothing ever came of it. Then I wrote a novel called "On the Air" and I was posting it to a website chapter-by-chapter. The site's archivist was reading it and contacted me, said she worked for a publisher, and if I wanted to get it published she could put in a good word for me. A month later, the publisher accepted the manuscript. It was just a case of the right story at the right time.

2. You have published 30 novels in your career. Do you ever celebrate at a certain milestone? Do you have a number of books that you would love to reach or surpass?

I always celebrate a publication, even if it's just a small thing like having some ice cream or splurging on a movie. My goal was to have one novel for every year I've been alive, and I'm actually going to surpass that by my next birthday this December. My 2017 releases should push me over the edge where my age is smaller than the number of books I have in the world.

3. You have won two Golden Crown Literary Society Awards, and you noted that you are still the only man to have won a Goldie. Do you know why this is, and do you hope to win another in the future?

I think it's for the same reason the Goldies (and other events like them) exist. Novels written by and about women and/or homosexual romances tend to be overlooked or dismissed from other awards. They exist as a place where these writers and novels can get the recognition they deserve. The reason straight men don't tend to win Goldies is because the competition is full of amazing, talented women. Being recognized alongside them is a huge honor and the biggest compliment my writing can receive. I definitely hope to win more! I have high hopes for a few novels that are/will be eligible for the next award ceremony. Fingers crossed!

4. Since you have written so many titles already, do you have favorite books or ones you recommend people read first when they discover your writing?

I do! I write in a wide variety of genres, so sometimes I can tell what someone will be drawn to. If I think they'll like a dark antihero, I push them toward "Girls Don't Hit." If they have scifi and steampunk all over their Facebook, it's "Trafalgar & Boone." But my go-to suggestion is always "The Rise and Fall of Radiation Canary." It's the book that I feel encompasses my career and my talent, and it includes everything I wanted to put in a novel when I first started writing. It has romance, it has someone finding a happy ending outside of a relationship, it has breakups and heartbreak, and it all takes place in Seattle (which I think is the most beautiful city in the world).

5. When reaching out for this interview, I was looking for authors that wrote LGBT+ literature, so how does your work fit that "genre"?

All of my novels feature women, first and foremost. I've always loved writing female characters and I was drawn to female characters in the shows I watched, and writing lesbian romances gave me a chance to double the number of women in my books. I've always said that I wanted to write stories about women who happen to be gay rather than focusing on that sexuality. Riley Parra is a cop fighting demons, and she has a girlfriend. Karen Everett and Lana Kent start a band, and they're attracted to each other. Claire Lance is a former cop on the run after being framed for killing her lover, who happened to be a woman. Their sexuality is important, but only as important as it is for anyone in their day-to-day lives. They aren't struggling with their sexuality, their goal isn't to come out to their friends and family. They're past that and they have other hurdles to overcome. That's what I try to write. I want to write about awesome women doing amazing things, and occasionally they might kiss another woman.

Thanks to Geonn Cannon for answering these questions! Be sure to follow him on the following sites to keep up with his latest releases!

What a great interview! I love what the author says about the relationships in her books. It is nice to just have it be there as part of the story like a heterosexual relationship would be.

Great interview! It always amazes me how sometimes you just need to have the right connections or catch the eye of the right person at the right time to get published. And every book is a milestone, so I think it's great he celebrates each of them. And I really like what he says about writing about women who happen to be gay rather than focusing on that.